*LEGAL DISCLAIMER: We do not offer medical advice but below are some of the benefits of using herbs by herbalists in natural healing. The statements and products shown on this website have not been evaluated by the US Food and Drug Administration. These products are not intended to diagnose, treat, cure or prevent any disease.

*Use at your own risk. We are not doctors and We DO NOT offer medical advice but below are some of the benefits of using herbs in natural healing. The statements and products shown on this website have not been evaluated by the US Food and Drug Administration. These products are not intended to diagnose, treat, cure or prevent any disease. Please consult your physician prior to taking any herbs.

WATCH THE VIDEO ON HOW TO STEEP HERBS

Sarsaparilla Root Herb (Smilax officinalis) – highest concentration of iron of any plant. Cures anemia, impotency in men, STDS, Herpes, Why Iron is so important? Iron is by far the most important in the mineral kingdom, Why? Because its electrical, Like the rest but it has magnetism, It’s the only magnetic one in the ramification of life

Burdock Root Herb (Arctium lappa) – Burdock Root contains a number of medicinal properties that have been used for hundreds of years. Traditionally herbalists all over the world use Burdock Root as a blood purifier. It is the root of the Burdock plant that is harvested for medicinal use. Burdock has been used by herbalists worldwide to treat a variety skin diseases such as abscesses, acne, carbuncles, psoriasis and eczema. Burdock can be either taken alone or combined with other remedies, such as Yellow Dock and Sarsaparilla. The beneficial effects of this herb include increasing circulation to the skin, helping to detoxify the epidermal tissues. Burdock Root has been reported to destroy bacteria and fungus cultures. It is a popular detoxifying agent that produces a diuretic effect on the body which aids the filtering of impurities from the bloodstream. By promoting perspiration, Burdock Root eliminates toxins through the skin.

Yellow Dock Root Herb (Rumex crispus) – Yellow dock root is a blood purifier and general detoxifier, especially for the liver. The herb, properly known as Rumex crispus, supports detoxification from a few angles. First off, yellow dock root stimulates bile production, which helps digestion, particularly of fats. Yellow dock root can stimulate a bowel movement to help remove lingering waste from your intestinal tract; it also increases the frequency of urination to assist in toxin elimination. Maintaining an efficient rate of waste elimination can help prevent toxins from accumulating in the liver, gallbladder, and bloodstream and circumvent the associated problems.

Dandelion Root (Taraxacum officinale) – The health benefits of dandelion include relief from liver disorders, diabetes, urinary disorders, acne, jaundice, cancer and anemia. It also helps in maintaining bone health, skin care and is a benefit to weight loss programs. Bone Health: Dandelions are rich in calcium, which is essential for the growth and strength of bones, Liver Disorders: Dandelions can help the liver in many ways. While the antioxidants like vitamin-C and Luteolin keep the liver functioning in optimal gear and protect it from aging, other compounds in dandelions help treat hemorrhaging in the liver 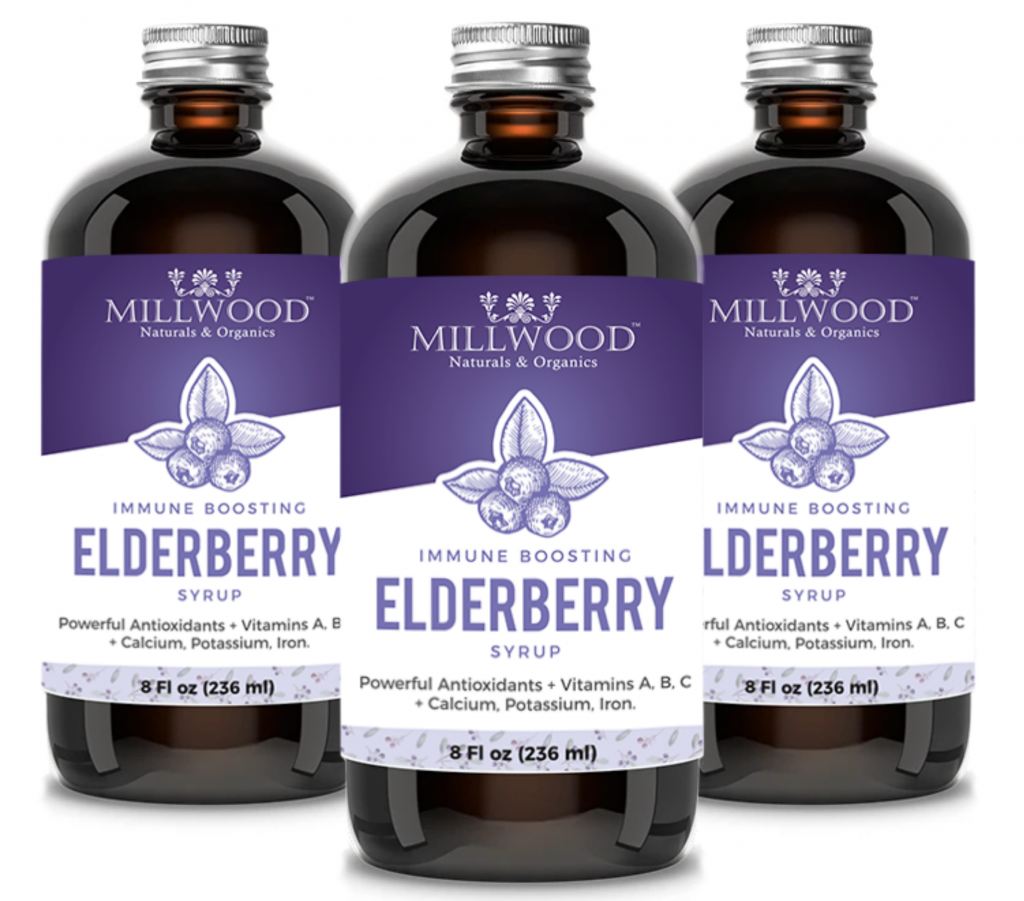 Elderberries (Sambucus nigra) – for all coughs and flu or colds, most tasty and beautiful teal on earth, Elderberry is used for “the flu” (influenza), H1N1 “swine” flu, HIV/AIDS, and boosting the immune system. It is also used for sinus pain, back and leg pain (sciatica), nerve pain (neuralgia), and chronic fatigue syndrome , Some people use elderberry for hay fever (allergic rhinitis), cancer, as a laxative for constipation, to increase urine flow, and to cause sweating.

Bladderwrack (Fucus vesiculosus) – Bladderwrack is a form of kelp that has been used medicinally for centuries. The main use of the herb has been for the stimulation of the thyroid gland as a treatment for obesity and cellulite. The high iodine content of the herb stimulates thyroid function which boosts metabolism. It has a reputation in the relief of rheumatism and rheumatoid arthritis and may be used both internally and as an external application for inflamed joints. Bladderwrack Tea and Bladderwrack Powder available

Bladderwrack Powder (Fucus vesiculosus) – Bladderwrack powder is filled with minerals that help nourish and cleanse the skin of toxins that cause dryness, wrinkles and excess fluid retention. Because bladderwrack contains iodine, it provides a variety of benefits for thyroid health. As a thyroid-stimulating property, bladderwrack may also regulate thyroid function and metabolism. Bladderwrack may also be used to help reduce inflammation and pain in joints caused by rheumatoid arthritis, in both internal and external forms of application and ingestion.

Organic Kelp Seamoss Flakes (Ascophyllum nodosum) – One of the main benefits of kelp is its high content of iodine which is a mineral that is essential for the correct functioning of the thyroid gland. The thyroid gland regulates metabolism. If there is not enough iodine in the diet, the thyroid is forced to work harder than it should have to, eventually becoming enlarged. Organic Kelp Seamoss tea removes the mucus from your body

Irish Moss Seamoss Tea (Chondrus crispus) – and Organic Powder – nutrition on a cellular level – nourish yourself back to health with Irish Moss Powder – Nourish the cells, Sea Moss (also known as Irish Moss), as it turns out is nature’s only plant-based source of thyroid hormones, 92 minerals in each serving, Superfood. Irish moss tea removes the mucus from your body

Red Clover (Trifolium pratense) – Hot flashes menopause, Red clover is used for cancer prevention, indigestion, high cholesterol, whooping cough, cough, asthma, bronchitis, and sexually transmitted diseases (STDs). Some women use red clover for symptoms of menopause such as hot flashes; for breast pain or tenderness (mastalgia); and for premenstrual syndrome (PMS). Red clover is applied to the skin for skin cancer, skin sores, burns, and chronic skin diseases including eczema and psoriasis. Do not take if you have been diagnosed with Uterine Fibroids.

Red Raspberry Leaf (Rubus idaeus) – Fibroid, Uterine health, As its name suggests, Raspberry leaf is the leaf of the raspberry plant. It is somewhat well known for its benefits during pregnancy, but it is beneficial to women at all stages of life. It is naturally high in magnesium, potassium, iron and b-vitamins which make it helpful for nausea, leg cramps, and improving sleep during pregnancy. The specific combination of nutrients in Raspberry Leaf makes it extremely beneficial for the female reproductive system. It strengthens the uterus and pelvic muscles which some midwives say leads to shorter and easier labors.

Milk Thistle – (Silybum marianum) The #1 recommended herb for liver health (the seed looking herbs is so powerful and strong i highly recommend it for treatments of the liver) Milk thistle is used as a natural treatment for liver problems. These liver problems include cirrhosis, jaundice, hepatitis, and gallbladder disorders. Milk Thistle actually grows new liver cells. Multiple studies suggest benefits of oral milk thistle tea for cirrhosis. In studies up to five years long, milk thistle improved liver function and decreased the number of deaths in people with liver disease

Cleavers (Galium aparine) – Herbalists have long regarded cleavers as a valuable lymphatic tonic and diuretic. The lymph system is the body’s mechanism to wash tissues of toxins, passing them back into the bloodstream to be cleansed by the liver and kidneys. This cleansing action makes cleavers useful in treating conditions like psoriasis and arthritis, which benefit from purifying the blood. Cleavers is a reliable diuretic used to help clean gravel and urinary stones and to treat urinary infections. Cure your lymphatic system today!

Wormwood (Artemisia absinthium) – Wormwood is used today mainly as a bitter tonic, As the name implies, wormwood is a powerful worming agent that has been used for hundreds of years to expel tapeworms, threadworms, and especially roundworms; Wormwood tea is extremely bitter

Wild Cherry (Prunus serotina) – Along with coughs and colds, wild cherry bark is typically touted as a natural treatment for the following health problems:

In addition, wild cherry bark is said to alleviate pain and stimulate the digestive system.

Organic Kelp Granules – strengthening of the circulatory system, provision of strong bones and teeth, cancer fighting benefits and reducing the risk of strokes and heart disease. The large concentration of iodine found in Kelp helps to stimulate the thyroid gland and control metabolism.

Blue Vervain (Verbena hastata) – Calms the central nervous system. Vervain has been useful to herbal healers for many centuries of recorded history Vervain’s healing properties are attributed primarily to its bitter and stimulating effect on the liver and other organs, as well as its relaxing effect on the nervous system. Blue Vervain is a herbal remedy that relieves respiratory and liver congestion, lower fevers, ease coughs and colds, cleanse toxins, calm the nerves and act as a general tonic that produces an overall feeling of well-being

Yarrow herb (Achillea millefolium) – a super internal healing herb organ repair, “Yarrow flower used in chronic diseases of the urinary apparatus, is especially recommended. It exerts a tonic influence upon the venous system, as well as upon mucous membranes. It has been efficacious in sore throat, hemoptysis, hematuria and other forms of hemorrhage where the bleeding is small in amount; incontinence of urine, diabetes, hemorrhoids with bloody and mucoid discharges, and dysentery. Also in amenorrhea, flatulency and spasmodic diseases, and in the form of an injection in leucorrhea with relaxed vaginal walls. It will be found to be one of our best agents for the relief of uterine fibroids”

Chickweed (Stellaria media) – Chickweed Tea for Weight Loss, Diuretics help you flush your system of excess water by increasing the amount of urine you secrete. It is well known among the herbalist’s that chickweed suppresses appetite. As a demulcent (forms a soothing film over a mucous membrane, relieving minor pain and inflammation of the membrane) chickweed is said to soothe hunger pangs as well as minor irritations in the digestive tract. When chickweed is combined with other herbs that also help with appetite suppression it becomes a super herb.

Dandelion Powder – is used for many conditions. Dandelion Powder is used for loss of appetite, upset stomach, intestinal gas, gallstones, joint pain, muscle aches, eczema, and bruises. Dandelion Powder is also used to increase urine production and as a laxative to increase bowel movements. It is also used as skin toner, blood tonic, and digestive tonic. Use Dandelion Powder to treat infection, especially viral infections, and cancer. In foods, dandelion is used as salad greens, and in soups, wine, and teas. The roasted root is used as a coffee substitute. How does it work? Dandelion contains natural alkaline chemicals that increase urine production and decrease swelling (inflammation).

Valerian Root (Valeriana officinalis) – Valerian is most commonly used for sleep disorders, especially the inability to sleep (insomnia). It is frequently combined with blue vervain, German chamomile, or other herbs that also cause drowsiness. Valerian is also used for conditions connected to anxiety and psychological stress including nervous asthma, hysterical states, excitability, fear of illness (hypochondria), headaches, migraine, and stomach upset. Some people use valerian for depression, mild tremors, epilepsy, attention deficit-hyperactivity disorder (ADHD), and chronic fatigue syndrome (CFS). Valerian is used for muscle and joint pain. Some women use valerian for menstrual cramps and symptoms associated with menopause, including hot flashes and anxiety. Sometimes, valerian is added to bath water to help with restlessness and sleep disorders.

Damiana Leaves (Turnera diffusa)  have been used as an aphrodisiac and aid to boost sexual potency. Damiana leaves are used for both male and female sexual stimulation, increased energy, asthma, mild depression, impotence and menstrual problems, hot flashes from menopause.